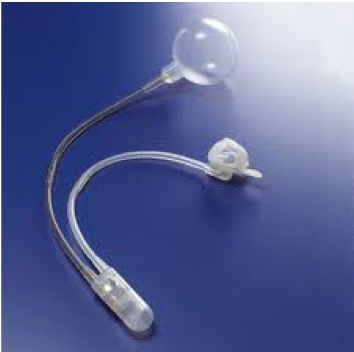 In the United States there is one FDA approved urinary sphincter available called the Artificial Urinary Sphincter made by Boston Scientific. The sphincter prosthesis is made up of 3 parts: a sphincter cuff, a pump and a reservoir. Everything is located inside the body with no external parts. The sphincter cuff circles around the outside of the urethra and keeps it compressed and closed at rest to prevent urinary leakage.

The cuff is filled with fluid and pressure in the cuff maintained by a fluid filled container which lays in the abdomen called the pressure regulating balloon. A pump placed in the scrotum allows the cuff around the urethra to get deflated and open the urethra up to permit urination.

The sphincter remains closed except when you want to urinate; you squeeze the pump in the scrotum and this transfers fluid out of the cuff and back to the balloon so that you may urinate. The cuff automatically fills up once again after about three  minutes closing the urethra and making you continent again.

What is Surgery for the Artificial Urinary Sphincter Like?

The operation takes less than two hours to complete and can be done with general or spinal anesthesia – patients often stay usually just overnight.  The procedure is usually performed through two small incisions. One, behind your scrotum and another small incision on one side of the lower abdomen. The sphincter is left open and in the “deactivated state” for four to six weeks while patients are healing. During this time In this position incontinence is the same as it was before the  surgery.  After the four to six week period is up,  I activate the device in the office  by squeezing the control mechanism near the pump, and usually teach my patients how to use the pump to urinate.

What are the Risks of Surgery for the Artificial Urinary Sphincter?

The potential major complications of the prosthesis are urethral atrophy, erosion of the sphincter,  infection or a mechanical failure. Urethral atrophy usually occurs over time last the pressure from the cuff on the urethra causes the urethral wall to thin out. As it does this, the pressure decreases on the urethral wall and patients may start to develop incontinence again although usually at a lesser amount. Erosion of the  device through the skin occurs very infrequently but occasionally the device can erode through the urethra as well. The symptoms of erosion are usually pain in the  penis or scrotum and redness and tenderness over the area and sometimes the prosthesis  may be seen through the skin.  Erosion through the urethra can manifest as urinary infections or more difficulty urinating.  Treatment consists of the administration of  antibiotics and removal of that portion of the prosthesis. Infection is a uncommon complication which is more  prevalent in diabetics and in people who are undergoing repeat surgery to the same area or in men who have had radiation to the prostate.  The most common symptoms of infection is pain over part of the prosthesis, particularly when you are squeezing the control assembly. Less commonly, there may be fever, redness and tenderness over the  prosthesis.When infection of  the prosthesis is suspected the most conservative treatment is to remove the entire prosthesis  surgically.  After a suitable waiting period of usually no less than two or three months, a  new prosthesis may be implanted.

What are Other Complications of the Artificial Urinary Sphincter?

Mechanical failures of the prosthesis occur in about 10% of people over the  course of time.  These complications include kinking of the tubing, leaks of the connectors  or the cuff itself and malfunctions of the control mechanism.  Once a malfunction  has been identified, it usually requires a minor operation to replace or  fix the malfunctioning part.

So Should I Choose to Have an Artificial Urinary Sphincter for my Incontinence?

Ultimately it is up to you but in my opinion, it remains the gold standards treatment for moderate or severe incontinence.  It works well in most patients and if a complication were to arise such as an infection or erosion the device can be easily removed and you still haven’t necessarily burned any bridges for future surgeries in most cases. Most patients are very happy with the artificial urinary sphincter and report dramatic improvements in their quality of life.