Placement of a penile prosthesis is often the final surgery after a long journey for many transmen – it is the culmination and hopefully last genital surgery. It is also a surgery with a high risk of complications and can potentially compromise the outcome of prior surgeries to create the neo-phallus.

There are 2 type of masculinizing genital surgeries: the metoidioplasty and some form of a phalloplasty.  There is no FDA approved penile implant for a metoidioplasty. There is, however, a new device made by ZSI, which is available in Europe and designed specifically for a metoidioplasty. Essentially the  device is made up of 2 silicone rods, each about 4mm in width, with a silver cable in the middle for stiffness.  The solid cable is cut intra-operatively based on the length of the neo-phallus.  There is not very much data available on this prosthesis and only time will tell if it will work.  However, it is currently not available in the United States.

Type of Prosthesis available after Phalloplasty 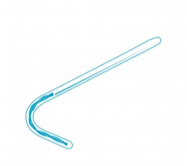 Differences in Penile Placement between Transmen and Cismen

Placement of a penile prosthesis in transmen is different then placement in cis-men for a few reasons.  First, cis-men’s penis’s contain 2 internal cylinders called the corpora cavernosa. These are the bodies that would normally create erections as they fill up with blood.  These cylinders are made up of a tough tissue called the tunica which contains the implants. The corpora prevent migration or erosion of the cylinders into the skin and fix the cylinders in placed so that during sex they don’t move around.  When placing a prosthesis in transmen we try to recreate this function by suturing the prosthesis down to the pubic bone to keep it in place and prevent migration. But it is not perfect.

The 3-piece inflatable Prosthesis after Phalloplasty

A Penile Implant Specifically for Transmen

There has been an implant designed specifically for phalloplasty: the ZSI 100 FTM implant.  It is a malleable prosthesis that is always semi-rigid.  It is unique in its design because it has a tip that mimics the glans of the penis and has a base that is a plate made of stainless steel and silicone to be fixed to the pubic bone. It is composed of a single cylinder and not attached to a pump. A recently published paper of 25 patients found that 11 (44%) had to have the prosthesis explanted because of complications in 8 and in 3 because of difficulty living with the prosthesis. This occurred with a short follow-up of only 6.3 months. on the positive side, 13/14 patients who had the prosthesis in place were able to have penetrative intercourse. (Pigot, et al. The Journal of Sexual Medicine January 2020).  I would expect an even higher complication rate with longer followup. 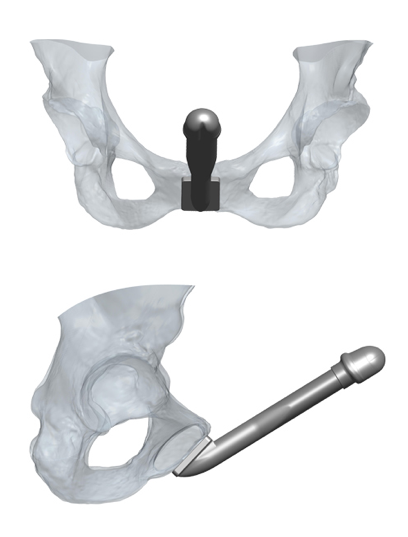 Impact of Phalloplasty on Penile Prosthesis

The type of phalloplasty can determine outcomes of prosthesis placement.  Radial Forearm Flap phalloplasty tend to have thinner phalluses and it can be difficult to fit in both cylinders safely in these patients. In these patients we may choose to place only  1 of the 2 cylinders of the 3 piece penile prosthesis. The Latissimus dorsi flap phalloplasties tend to have more bulk and can more easily accommodate both cylinders of the penile prothesis as can ALT phalloplasties.  Generally, I like to wait until maximal sensation returns and patients have fully healed after their phalloplasty before considering placement of a penile prosthesis.

Complications of Prosthesis Placement after Phalloplasty

The complication rates of prosthesis after phalloplasties tend to be high and range from anywhere between 30 to almost 70% in the literature.  The most common complications include infection or erosion of the device that necessitates removal of the prosthesis.

The penile prosthesis is often the final bottom surgery after many surgeries for transmen.  Although the surgery has high complication rates, if the surgery goes well, it can provide the satisfaction of penetrative sexual intercourse and help realize the full function of the phallus.