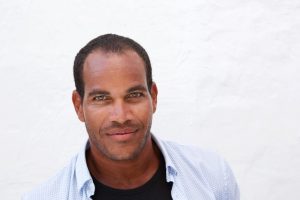 Slings made up of mesh have traditionally been used to treat incontinence in females but over the 15 years these have also been increasingly used for incontinence in men.  There are different kinds of mesh but the most common is the AdVance male sling, which is the one I use.

When Do you Use the AdVance Male Sling Versus the Artificial Urinary Sphincter?

Typically the Advance male sling is used for mild to moderate incontinence – usually about 1-2 pads per day. It also works best in patients who do have not had radiation therapy to the pelvis. The artificial urinary sphincter works for all types of incontinence but has the biggest improvement in quality of life for those with severe incontinence.

What are the Advantages of the AdVance Male Sling?

The surgery to place the sling is fairly straightforward and most patients will be discharged home the same as surgery or the day after surgery.  In addition to this there are no pumps to push on to urinate (unlike the artificial urinary sphincter) and patients can void as they normally would in the bathroom.

What are the Problems with the AdVance Male Sling?

Patients must restrict certain types of movements such as spreading their legs and minimize any heavy lifting or sports for at least 3 months afterwards.  Additionally, for severe incontinence or total incontinence, Male Slings will often not make patients fully dry.  More recently there has been general concern about the use of mesh in people.  Complications reported include erosion of the mesh into the urethra and the development of infections of the mesh. Although the data is still out on this, it is probably less common than it is in women but if it occurs AdVance mesh erosion and/or infection can be very challenging to treat.