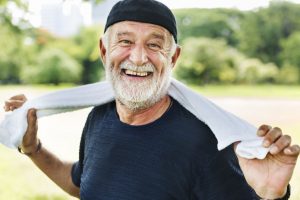 Benign Prostatic hyperplasia or BPH is a common condition that increasingly affects men as they age.  Technically, BPH refers to a benign enlargement of the prostate gland while benign prostatic obstruction (BPO) refers to obstruction from the enlarged prostate gland.  The National Institutes of Health has suggested that up to 75% of men over the age 70 will be affected by this condition.  Typically patients will present with a gradual worsening of urinary symptoms but occasionally have an acute and dramatic change such as an inability to urinate at all (urinary retention) or severe pain with urination caused by an infection.  BPH is not cancer and will not become prostate cancer although sometimes prostate cancer can also cause urinary symptoms.

Anatomy of the Prostate

The prostate is a gland present only in men that is involved in reproduction and sits deep in the pelvis below the bladder.  The bladder stores urine and empties itself through a channel that runs through the prostate gland and downstream through the penis and out (hopefully!) into the toilet.

As men age the prostate gland will grow and began to block the channel the urine flows through.  It is like a tunnel whose walls gradually began to thicken and grow narrowing the roadway and causing traffic to slow down.  However, it is not only the volume of tissue that causes obstruction but there is also increased “tension” within the prostate which “squeezes” the channel and causes urinary symptoms.  Because of this, though larger prostate glands typically cause obstruction, prostate size itself does not always predict the severity of urinary symptoms.

Symptoms of BPH typically include both irritative and obstructive urinary symptoms.  Irritative symptoms include urinary frequency, urgency, and waking up to urinate at night.  Obstructive symptoms include a weak stream, urinary hesitancy (which is an initial delay in ability to void) and double voiding (which is urinating twice to empty more completely).  Night time urination, called nocturia, can also be caused by an enlarged prostate gland but has other causes also.

In addition to bothersome symptoms, BPH can also cause other acute problems such as urinary tract infections, recurrent episodes of bleeding in the urine and inability to urinate at all.  Long term problems include structural changes in the bladder muscle that will cause it to no longer function normally and permanent kidney damage.   Occasionally, men will present with urinary incontinence secondary to BPH if they have a full bladder, or urinary retention, that can no longer hold any further urine and starts to leak, a condition called overflow incontinence.

The diagnosis of BPH is made by a doctor who should take a careful medical history focussing on urinary symptoms such as urgency, frequency, nocturia, double voiding, urinary hesitancy, and a weak urinary stream.  Additional clues suggesting a diagnosis of BPH include episodes of urinary retention or urinary tract infections and hydronephrosis, or a swelling in the tube that connects the kidney to the bladder, seen on imaging.  The examination should be full physical exam including a digital rectal exam to exam the prostate for cancer.

Labs that are useful include a tests for kidney function (creatinine) and a PSA (prostate specific antigen) that has been used for evaluation of prostate cancer but also is a useful surrogate for prostatic size.  In addition to this, we routinely assess the urinary flow rate using a machine that measures the speed of urination. A slow speed suggests either an obstructed urinary flow or a weak bladder muscle – both of which can be caused by BPH.  An ultrasound done after urination can determine the presence of any residual urine and suggest the degree of obstruction.   In patients who have evidence of symptomatic BPH I routinely use a 24 hour voiding diary to clarify and quantify urinary symptoms.

Other tests that can help determine the severity of BPH include an ultrasound of the prostate to determine its size and an ultrasound of the kidneys to rule out any back up of urine into the kidneys.  In select patients, a cystoscopy which uses a small scope to look inside the urethra, prostate and bladder under local anesthesia and a video-urodynamics which assess bladder and prostate function and determines the extent of prostate obstruction can be very helpful.

Once the diagnosis of BPH has been made, patients and doctors have a number of options for treatment.  Not all patients who have BPH need to be treated.  If symptoms are not too bothersome and patients do not have history of recurrent infections or bleeding or evidence of a high urinary residual or kidney damage, patients, in consultation with their Urologist, may safely choose to just closely monitor their condition.

For patients who choose to be treated, options include medications or a surgical procedure.  Broadly speaking, there are 2 classes of medications available for treatment of BPH: alpha blockers and 5-alpha reductase inhibitors.  Alpha blockers, which affect the smooth muscle in the prostate, tend to decrease its “tension” and include medications such as tamsulosin (Flomax), alfuzosin (Uroxatral), silodosin (Rapaflo), terazosin (Hytrin) and prazosin (Cardura).  Side effects are not common but include lightheadedness, headaches and decreased ejaculated volume.

Some patients, particularly, those with large prostates, may find benefit by taking a medication from both classes of medications. .

Medications usually provide some benefit for most patients but in my experience, the most dramatic improvement in symptoms usually occurs from surgical treatment of BPH.  There are many variations of procedures that can be done and these range from office based treatments using water vapor or some other form of energy.  These are typically done under light sedation and local  anesthesia and are well tolerated by patients.  The most common treatment in the office that I do is called Rezum and utilized water vapor to shrink the prostate. The procedure takes about 10 minute sin the office under local anesthesia. Once done, a catheter is left in for about 1 week. Ejaculation is preserved in the majority of patients but some can have some urinary urgency and frequency that can last a few weeks to a month or two  The “gold” standard has traditionally been considered a transurethral resection of the prostate (TURP). Previously a monopoly TURP has been used but more recently a bipolar TURP has become more common. This bipolar TURP ahas a low risk of complications compared to the monopolar TURP.  For patients both procedures are very similar in terms of recovery. In this procedure, a scope is placed into the urethra and the prostate is “cored” out from the inside-out leaving a rim of outer prostate behind and a large cavity where once obstructing tissue was present.  The procedure has high success rates in appropriately diagnosed and selected patients.  Common side effects include temporary blood in the urine and longer lasting decreased quantity of  ejaculate.  An alternative is the green-light laser TURP (also called the KTP laser TURP) which may have equivalent efficacy and a somewhat lower risk of bleeding.  There are many other variations of these treatments and it is important that patients understand the different advantages and side effects of each and use a doctor who is well-trained in the procedure.

In summary, BPH is a disorder that becomes more common in men as they age and can be diagnosed based on a thorough physical exam, history and diagnostic tests.  Symptoms typically include urinary frequency, urgency, slow urinary stream and night time voiding.  If left untreated, patients can develop urinary infections or retention and are at risk of kidney failure. However, the majority of men can be treated with relief of their symptoms with medications or surgery.