What is a Metoidioplasty? 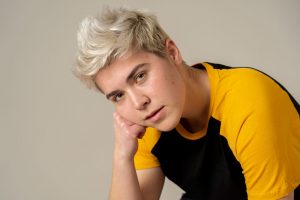 With metoidioplasty a new penis or phallus is created from an enlarged clitoris for transmen. The neo-phallus has 3 components that need to be surgically designed for maximum benefit.  First is the body of the erectile tissue which is the bulk of the neo-phallus. The second is the urethra which is the tube that the urine flow through.  The third is that the skin around the neo-phallus has to tailored for best cosmetic outcome while preserving the appearance of the head.

There is no single agreed upon definition about what constitutes a “simple” metoidioplasty but for many it means simply releasing the enlarged clitoris from the suspensory ligaments without urethral lengthening or removal of the vagina. A “full” Metoidioplasty involves, release of the suspensory ligaments, urethral lengthening, a urethral hook-up and a vaginectomy and implantation of testicular implants.

The full metoidioplasty is a more straightforward surgery but you should make sure that you are not burning any bridges for future surgeries. Also the standard “simple” release metoidioplasty does not allow you to urinate standing up.

An alternative is the “Ring Metoidioplasty”

With the ring metoidioplasty, a new urethra is created using tissue from the labial skin. Patients are able to urinate standing up.

How do you Maximize the Length of the Penis in a Metoidioplasty?

Pre-operatively most men will want to have as large a clitoris as possible for maximal penile length post-operatively and the key for this is the clitoral body.  The neo-phallus can be made larger in 4 ways.  First, most transmen use testosterone injections – these will cause the clitoris to grow larger – up to a point – it won’t continue to grow indefinitely! The second way to make the clitoris larger is to use a vacuum device over the clitoris to stretch it out.  You can make your own device inexpensively by using a specially converted syringe.  I advise patients to do this 2-3 times per day for 10-15 minutes a day ideally starting a few months before surgery for maximal effect.  The third thing to do is apply DHT cream to the clitoris.  DHT is derived from testosterone and is a more potent version but unfortunately, DHT is not available in the United States.   Finally, the clitoris can be made to appear larger during surgery by freeing up all the tissue that buries the clitoris in place.  Freeing up these suspensory ligaments (called the suspensory ligament and fundiform ligaments) (PHOTO)  straightens out the neo-phallus and considerably increases length.

What is Urethral Lengthening and Should You Consider Doing it?

As the neo-phallus is straightened and lengthened, however, the urethra becomes short and may need to be made longer as well.  Some patients may opt not to do this and leave the urethra short. The upside of leaving the urethra short is that the operation is simpler and less prone to complications such as fistula and stricture. In addition, occasionally the urethra can be advanced slightly permitting standing with urination. The disadvantage to not doing urethral lengthening is that the labial skin that would normally be used to construct a urethra is lost at the time of surgery and can’t be retrieved if a patient changes his mind.  In the future, if the patient elects to have urethral lengthening in the future, this surgeries is made more difficult without the excess labial tissue close by. In addition, if a patient elects to have a phalloplasty at a later time the operation is more complicated without urethral lengthening done at the time of the metoidioplasty. In general, I advise patients to do urethral lengthening even without a hook up because no bridges are burned at the time of surgery and more surgical options remain open for the future.

How do you do Urethral Lengthening?

How do you Create the Penile Skin in a Metoidioplasty?

Should I do Vaginal Preservation?

Its up to you! Some transmen would like to keep the vagina and also have a functioning neo-phallus that permits standing to urinate. This is possible but has a higher risk of complications such as a fistula.  If a urethral hook-up is not done but urethral lengthening is performed then the risk is somewhat lower.

What about Testicular Implants?

Testicular implants can be placed at the time of the metoidioplasty. With implants, care has to be taken to prevent migration of the implants.

What is Post-op Care for Metoidioplasty?

Depending on the extent of surgery, patients will usually go home usually 1 or 2 days after surgery. If a “simple” metoidioplasty is done, patients may be able to go home on their own.  For patients who have urethral lengthening, a catheter is typically left in the penis and oftentimes a suprapubic tube is also left in place.  These are usually removed about 2-3 weeks after surgery. The phallus is wrapped in a compressive dressing to prevent it from swelling.

What Kinds of Complications Can Occur?

Complications can occur, this include fistula formation, a urethral stricture, infection or compromise of the blood supply

Can Complications After Metoidioplasty be Repaired?

What About Fistulas After Metoidioplasty?

Most fistulas will heal spontaneously but in a small number that persist these can be closed surgically.

When Can I Start to Exercise After Surgery?

Depends on the type of surgery that you had done – typically we wait until everything is fully healed which occurs at least 4-6 weeks before vigorous exercise.

Most patients are able to have orgasms with stimulation of the neo-phallus. However, we haven’t yet come up with a device that gives you an erection after metoidioplasty.

Yes, We take all major insurances, including medicare and medicaid

What are Dr. Purohit’s Results?

Dr. Purohit learned the techniques of metoidioplasty from Dr. Djorjdjevic from Belgrade and continues to work with him to refine this technique. We have had excellent results with both urethral lengthening and maximizing phallic length with urinary flow.